Meet Frances Riley, The Argosy - BC Marketplace
Skip to content 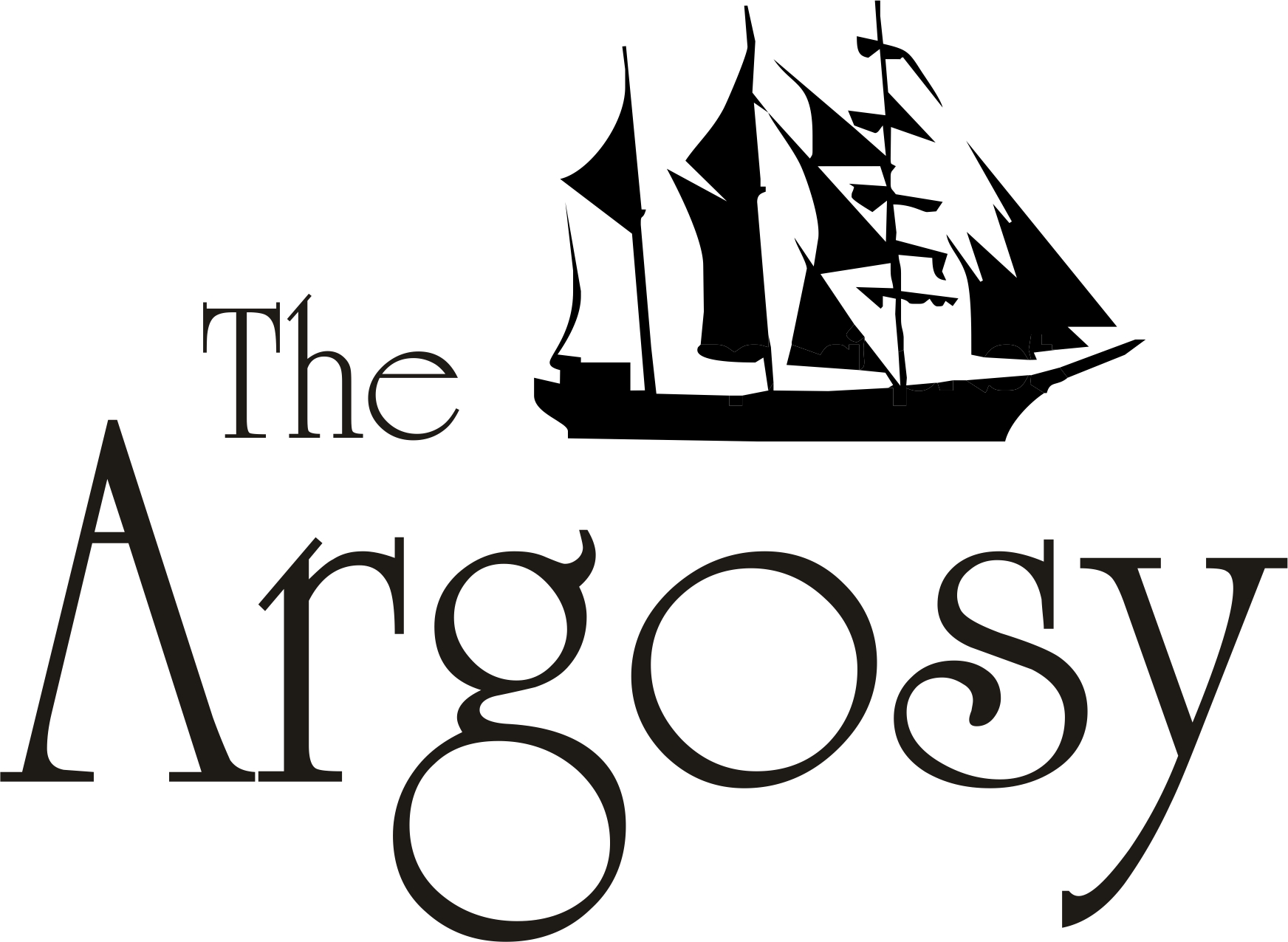 The Argosy Get Directions

Since the summer of 2013, the dynamic husband and wife duo of Frances Riley and Richard Haley have owned The Argosy. This Prince Rupert-based store is hard to categorize, offering everything from antiques to old magazines and collectables.

Put it this way, if you’re looking for something funky, vintage or unique, you’ll probably find it at The Argosy! We caught up with Frances to learn more about this one-of-a-kind store.

What’s the story behind The Argosy? 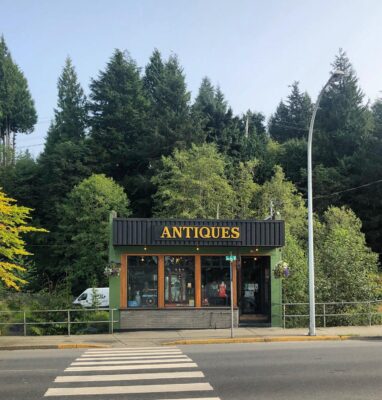 The Argosy originally started with us buying a commercial building in downtown with the intention of putting our other business into the basement. We didn’t really know what we were going to do with the storefront side of things. There was a display space at the front and it got us thinking. We had some old interesting things laying around; we had artwork from one of Richard’s friends. We decided to put it up in the window and treat it like a museum space. We didn’t want another boarded up storefront because there’s enough of those around. The weirdest thing happened – people just started knocking on the door while we were there and asking us if the items in the window were for sale. We thought, ‘huh, maybe people might want to buy some of the stuff we think is cool as well!’ So, it just expanded from there. We bought a van and went to an auction in the Lower Mainland and filled it up with things we thought were cool. We thought we’d be set for a few months. Turns out we sold everything we brought back within a couple of weeks. We turned around, drove back down to Vancouver and did it all again. Here we are seven years later!

The Argosy is a pretty distinct name. Where did it come from?

When we were thinking of a name, we were trying to think of something that conveyed a place where you could find a little bit of everything, maybe like a treasure trove, an emporium – something like that. We came up with The Argosy because it’s a type of ship that worked as a trading vessel in the Mediterranean hundreds of years ago. It was a small boat but it could carry a lot and you could run it with a small crew, which we thought was appropriate for what we were trying to do. Then, it also means a rich source of supply. So, it just worked on a whole bunch of levels with nautical aspects. It also starts with A, and I really like that it gets you top of a lot of lists!

How do you find the items you sell at The Argosy?

A large part of it involves us hitting the road and going to auctions in Alberta and throughout the BC Lower Mainland. We have people who work as pickers for us and they go around and hunt into barns and people’s garages when sales are happening and they also alert us to any neat things they find we might be interested in.

The most exciting part for us is the action, because we just have no idea what might turn up and how much we’re going to pay for it. Obviously, things have changed now because of COVID, but it used to be that we would go and sit in a big warehouse with a whole bunch of other people and bid against them for items. There’s all sorts of really interesting competition that comes from this. It’s not necessarily showmanship, but there’s an element of strategy in deciding whether to bid early, wait until the last second before the hammer comes down, etc.

It’s kind of like a treasure hunt for us. We never really know what’s going to come through our door and it’s all part of the magic.

The trailer is rapidly approaching maximum capacity! Lots of fresh items heading north later this week. Reminder: the Argosy is currently closed for a store reset and refresh and will reopen on September 16th, 12-5. See you then!

Have you developed an eye for knowing what items are worth investing in?

We’ve learned that people are always looking for certain things because they’re practical. For example, people are always in the market for a good dresser, or a solid dining table – things that have practical value, even if they aren’t necessarily super unusual or rare. Then there’s the items we stumble across that have an aura, a bit of magic to them almost. They’re old, they’ve been through a lot, but they have a unique quality to them. You can tell they were valuable, or important to somebody, and that really holds its own. If someone valued this piece, maybe somebody else will appreciate it too.

How often do you make the long drive south to pick up items?

So, we have this big ProMaster Van and trailer and we try to do the trip around once a month in spring, summer and fall. We try not to do the drive in winter because the journey can get a little hairy! But we certainly put a lot of miles on the highway and I know it like the back of my hand at this stage!

When we do go down, we make sure we cram as much into each trip as possible. You can pack our trailer like you wouldn’t believe! We treat it like it’s a three-dimensional Tetris game. We really want to avoid having to ship things up here, commercially it’s just so expensive for the type of things we have at the store.

Do you sell everything through the store? Is online ordering possible?

We have a website people can browse and get an idea of the type of items we carry. It’s hard for us to get all our inventory listed online as everything is individual. There aren’t really multiples of anything, so it’s really time consuming to photograph everything, get the measurements and list it. That being said, we have sold quite a lot of items online during the COVID lockdown, which has been a godsend for us.

The lockdowns have also meant we can’t gather in-person for our auctions. It’s such a strange sensation to be attending an auction in a virtual way, rather than the real world. It’s something I miss and I hope we can go back to the in-person format as soon as it’s safe.

With the virtual auctions, you still have to drive down if you win the items? 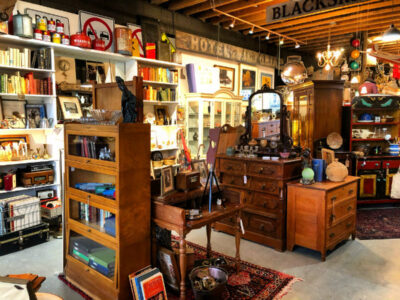 Luckily, I have a pretty good relationship with a lot of the auction house vendors we deal with. They understand where we are based, how far we have to come etc., so a lot of them have been super flexible in letting us store items for a couple of weeks at a time.

We’re not making the trips recently until we can amass enough things, over the course of a couple of auctions, to make it worth our while.

On The Argosy website, you have a tab dedicated to shopping local. Why do you think this is so important?

I think small businesses really add a special flavour to a community. They’re the places you’re going to find something unique and interesting, or meet somebody memorable. On a community level, the people who own these small businesses are the people who are volunteering in your community, they’re fundraising for local sports, and they’re your neighbours. It’s so easy to open up a laptop and shop at Amazon, but Amazon isn’t the business that’s doing good in your community. That money isn’t staying within your community. I think it’s so important to remember that when making decisions on how to spend your money.

What’s your favourite place in BC?

I love Prince Rupert, otherwise I wouldn’t dedicate so much of my life to being here! I also love Haida Gwaii. It’s just the most amazing landscape imaginable, it’s so rugged, untouched and the culture is unbelievable. The people are amazing.

Obviously, it isn’t somewhere we can travel right now but it’s such a special place. Anybody who has a chance to go there, when it’s safe to do so, should spend a few days exploring the big beaches and experience one of the most unique places on earth.

The Argosy Get Directions

Help restore our earth with these zero waste businesses

Now, more than ever, is the time to show our support for local businesses. Find out about the direct economic impacts they make.

Long-established businesses continue to flourish on the Sunshine Coast